When can you discipline an employee for off-duty misconduct? An off-duty conduct policy is key to protecting your organization.

For the most part, employees are free to do what they want outside of work hours.

In most states, an employer can’t fire an employee simply because they don’t like or disapprove of an employee’s off-duty activities. If they do, the employer may be in danger of a wrongful termination lawsuit.

However, some off-duty misconduct can do significant damage to an organization’s reputation and ability to operate effectively.

In these cases where the behavior directly relates to an employee’s ability to do their job, the organization may be permitted to discipline the employee.

In the past, when an employee left the office at 5:00 p.m., they left their work behind them. But now, the boundaries between work time and personal time have blurred.

Some employees have company-issued cell phones and laptops, which they may use on their personal time. Plus, employees have the constant ability to connect to company email, social media, blogs, and more whenever and wherever they have an internet connection.

There are many recent cases of employees getting fired over inappropriate remarks on their personal social media accounts.

“From the standpoint of young people, there’s no real distinction between online life and offline life, it’s just life.”

This makes it critical for every organization to have an off-duty conduct policy. The policy should establish what kind of speech and behavior isn’t acceptable outside of work hours.

When Can You Discipline an Employee for Off-Duty Misconduct?

Disciplining an employee for off-duty misconduct can be tricky.

Organizations must respect their employees’ right to free speech and privacy. Laws about wrongful termination, privacy, and free speech vary between states.

New technology such as social media has made these laws even more tricky to navigate. So it’s important for organizations to consult with legal counsel while crafting off-duty conduct policy.

Companies should take steps to ensure that their off-duty conduct policy complies with all relevant laws. After all, a wrongful termination lawsuit can end up doing much more damage than an irreverent employee posting on social media.

However, the law firm Mackoff & Company points out a few things that can establish just cause for firing an employee over off-duty conduct.

Here are a few reasons a company could discipline an employee for off-duty misconduct:

Even outside of work, the opinions and actions of employees reflect on the employer. With social media especially, controversial employee behavior can gain public attention, shedding a negative light on their organization.

In certain cases, this negative attention can hurt a company’s reputation and even cause them to lose business.

In those cases, there may be just cause for firing the employee in question. 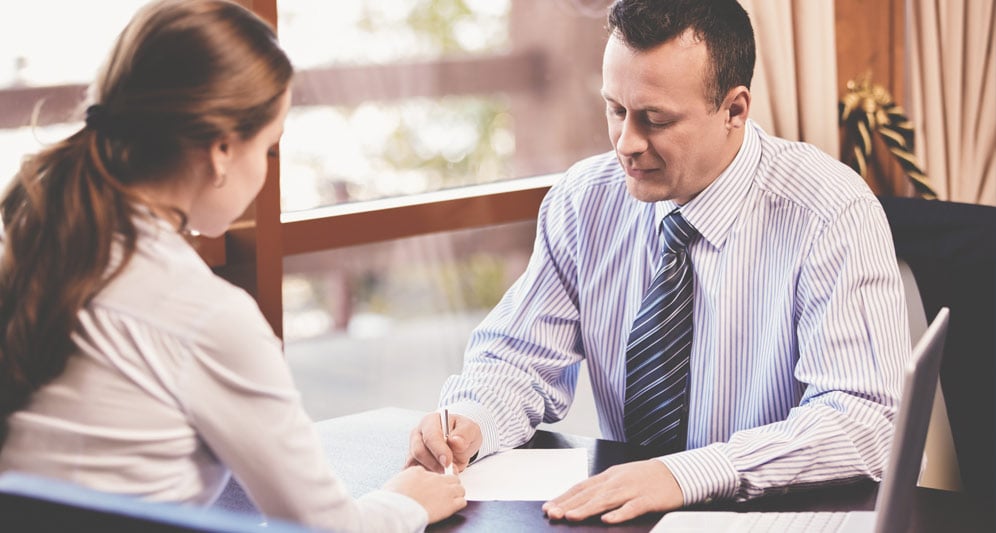 For example, in June 2016, a Bank of America employee posted an expletive-filled racist rant on her Facebook page. The post quickly spread.

There are limits to firing employees over comments that could hurt the organization’s reputation.

The First Amendment usually protects general complaints about work. And the National Labor Relations Act of 1935 protects employees who are engaging in “concerted activity” to try to improve working conditions.

This has often been interpreted to protect groups of employees discussing working conditions on social media.

For example, a court recently ruled that Chipotle violated an employee’s rights when they fired him for posting a negative tweet about compensation and then circulating a petition.

Again, it’s wise for organizations to consult with legal counsel when creating an off-duty conduct policy.

The policy needs to be clear about distinctions between simply griping, talking about workplace conditions, and making comments that are detrimental to the business.

Often, it helps to have evidence that the employee’s off-duty behavior had a measurable impact on the bottom line. Such as in the Bank of America case, where clients were threatening to close accounts.

In some cases, an employee’s off-duty behavior may directly impact their performance on the job. And this gives companies just cause for disciplining the employee for that behavior.

For example, if a truck driver’s license gets suspended for driving under the influence while he’s off-duty, that obviously impacts his ability to perform his job.

This can also apply to less obvious issues such as moonlighting.

In some cases, an employee may be able to hold a second job without it impacting their performance. But employers have the right to discipline employees for moonlighting if it affects their attendance or performance.

In any case, a company’s off-duty conduct policy should include an employee moonlighting policy. It should clearly state what’s acceptable and what’s not.

It can be hard to prove that outside activities are impacting performance. So organizations should make sure to document evidence of the poor performance and how it relates to the off-duty conduct before taking disciplinary action.

Sometimes, the actions that create a hostile work environment happen outside of work hours.

For example, an employee may be making unwanted sexual advances or lewd comments toward another employee after hours.

Other examples may include threats or defamatory comments about other employees. It could even include extreme political or social views that the employee has made public online.

The latter can be tricky. Employers should respect free speech, but hate speech directed at a certain gender, race, or religious group can make co-workers hesitant to engage with the employee and may be cause for discipline. 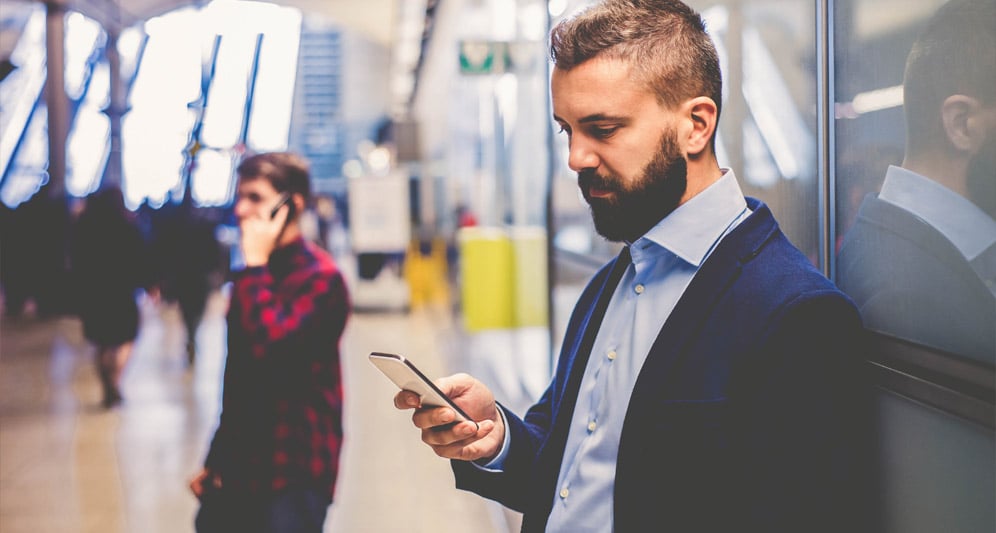 “Whether or not an employee should be terminated based on a comment on social media really depends on the severity and context with which the comment was made.

“If the comment was directed at a specific gender, race, nationality or religious group, there might be justifiable cause for termination. In regard to political free speech, employers should have an iron-clad social media policy that outlines the types of statements acceptable when representing the company.”

The conduct amounted to a serious criminal offense

Several states have laws that employee cannot be fired for legal activities outside of work hours.

This prevents employers for firing employees based on disagreements over things such as alcohol consumption, participating in political demonstrations, or smoking.

When it comes to illegal activity, the laws vary between states.

The U.S. Equal Employment Opportunity Commission (EEOC) specifies that an organization cannot fire someone simply because they have been arrested. But “an employer may make an employment decision based on the conduct underlying an arrest if the conduct makes the individual unfit for the position in question.”

Some states have laws that prohibit employers from firing an employee convicted of a crime unless the crime relates to their job.

So, for example, if an employee is convicted of theft, and that employee’s job entails dealing with money, the employer can fire them. But if the same employee was convicted of disorderly conduct, the organization may not have grounds to fire them.

When investigating off-duty misconduct, one of the primary things an arbitrator will look at is how consistently you have applied the discipline for the same or similar offense.

A solid off-duty conduct policy provides consistent guidelines for what is and isn’t acceptable.

Getting employees to sign off on the off-duty conduct policy can be a good way to minimize risk in this area.

If a dispute does arise, having a record of employee signatures shows an arbitrator that the employee was aware of prohibited conduct.

As previously mentioned, organizations should consult with legal counsel when writing an off-duty conduct policy.

Company leaders should examine federal and state employment laws, as well as laws pertaining to privacy and free speech.

Employers have limited control over what employees choose to do outside of work.

As mentioned before, employees have privacy rights. In many states, laws protect employees from retaliation for engaging in any legal activity after work hours.

So an off-duty conduct policy is not the place to try to impose moral or ethical constraints on employees’ private lives. Rather, the policy should stay focused on behaviors that can influence the workplace and/or performance.

When crafting the policy, get specific about unacceptable behavior, but always trace that behavior back to how it affects the employee’s job performance or the company’s business operations. 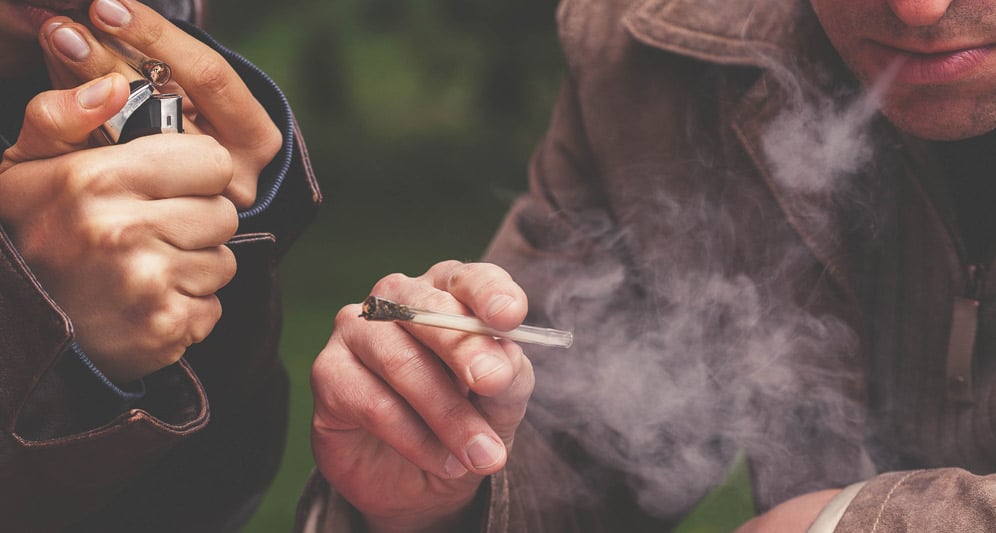 2. Be consistent with other policies

An organization’s off-duty conduct policy will likely be similar to the policies that govern employee behavior during business hours.

Instead of repeating every part of each of these individual policies, the off-duty conduct policy may cross-referencing specific sections or wording. This ensures that the organization is consistently applying rules and discipline for both on-duty and off-duty behavior.

3. Avoid over-generalizations, be specific and give examples

Often, there are blanket clauses in an employee contract or handbook that refer to “conduct detrimental to the company.” Sometimes, policies talk generally about not revealing confidential or proprietary information.

Policies about off-duty misconduct need to be specific about what those terms mean. They may give examples of what is appropriate and what is not. Or provide questions to ask before posting something job-related on personal social media.

Giving specifics helps employees understand expectations, and can help minimize liability, as well. Without specifics, there is the potential they won’t hold up against arbitration or legal scrutiny.

It’s extremely important that an organization applies the off-duty conduct policy consistently. Not doing so can present liability risks.

For example, if a manager gives one employee a warning for a racist remark on Facebook, but fires another employee for a similar post, the second employee may argue the company discriminated against them for other reasons.

It’s important that the employees know that their employer is not out to get them or analyzing their every move outside of work.

If company policies are clear, fair, and applied consistently, employees will be able to meet expectations both inside and outside the workplace.

Handling off-duty employee misconduct can be tricky. But a well-written policy can make all the difference in protecting both the employer and the employees.