What Is the State of Policy in Law Enforcement?

PowerDMS is conducting an updated study on the state of policy in law enforcement in 2017, and we need your help.

Policy is an essential part of accountability, liability avoidance, and successful everyday operations in law enforcement.

As law enforcement agencies face increased scrutiny, robust policies and training are more important than ever.

Last year, PowerDMS and the Police Foundation surveyed law enforcement leaders from more than 100 different agencies to examine the State of Policy in Law Enforcement. The survey included 13 questions addressing how agencies develop, update, and distribute policies and training.

The goal of the study was to help establish benchmarks for best practices for managing law enforcement policies and training.

Now, PowerDMS is conducting an updated study on the State of Policy in Law Enforcement in 2017, and we need your help. Tell us about your agency in our brief, anonymous survey, and we’ll give you early access to the completed report.

This study will allow PowerDMS to build on the results from last year. We’ll be able to compare the data to see how views on policies and training are changing.

It will help agencies around the country understand policy and training trends that will impact the future of law enforcement.

Your participation is key to the report’s success, so add your voice to the study today.

As we wrote in a post on Writing Effective Policies and Procedures in Law Enforcement:

Policies and procedures are the backbone of any law enforcement agency. Like a compass, they direct you and your officers toward optimal safety and professionalism. They help create the culture of your team and set the standard for everyone to be successful on the job.

Law enforcement leaders understand the importance of policies. In the State of Policy in Law Enforcement 2016 report, 93% of respondents agreed that policies were very important for ensuring that officers understand their duties.

In a follow-up interview, Marco Vasquez, the chief of the Town of Erie Police Department, explained:

As we continue to enhance relationships with our communities, accountability and transparency have become increasingly important. As such, we as agency leaders must focus on how we develop, manage, and convey our policies in ways that provide clear guidance to our officers as well as build confidence within our communities that we are consistently focused on improving public safety.

However, it’s not enough for agencies to simply create great policies. In order for policies and training content to be effective, it has to be regularly reviewed and updated.

Examining the state of policy in law enforcement shows how agencies are updating policies and implementing training. This can help other agencies improve their practices and better equip officers with tools to effectively serve their communities. 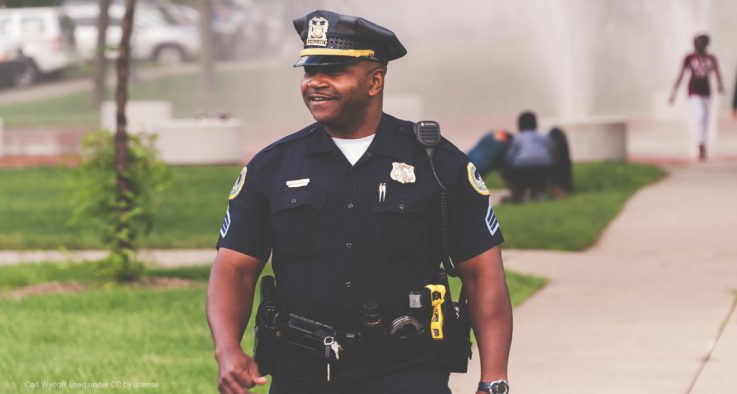 Lessons From the 2016 Report

The 2016 State of Policy in Law Enforcement survey examined how often agencies update policies, what areas they focus on in training, and much more. Here are some of the highlights from the report:

Policies should be updated constantly

The vast majority of respondents said policies and procedures should be dynamic.

Buy-in from leaders is essential for putting policies into practice

Survey results showed that most respondents agreed that culture change usually comes from the top.

Roughly 90% of law enforcement leaders say it’s “very important” to get buy-in from command staff and supervisors to ensure that policies are institutionalized. Sixty-six percent felt that getting buy-in from line-level officers was very important. 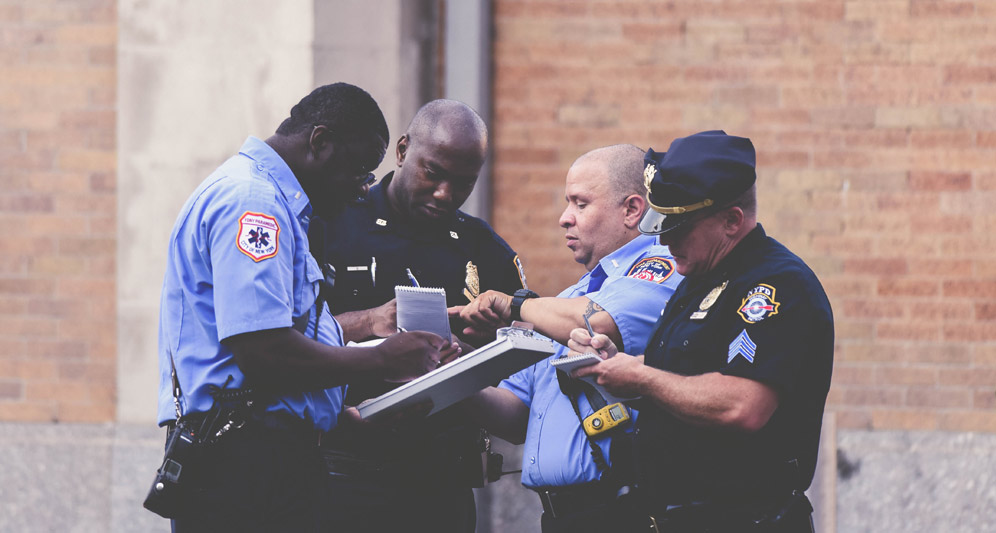 However, 89% agreed that it’s essential to ensure that all personnel acknowledge that they’re aware of policy changes. To that end, 98% of agencies convey new policies through sending out a new general order or SOP.

Agencies use complaints and accreditation standards to measure policy effectiveness

After disseminating policies to staff, law enforcement agencies use different methods to make sure the policies are effectively guiding officer behavior.

Most agencies (78%) evaluated the effectiveness of policies by tracking civilian complaints. Seventy percent compared their policies to model policies or accreditation standards while 58% compared policies to those of other agencies. Roughly two-thirds (63%) of agencies said they regularly conducted internal audits.

When it came to measuring the effectiveness of training, agencies mostly turned inward. Seventy-four percent gathered officer feedback after training, and 68% tested officers immediately after the training.

The survey found that only 26% of agencies say their budget covers all the training they think is necessary for their officers. Fifty-four percent said limited staffing impacts how much supplemental training their agency can afford.

Law enforcement leaders also felt that changes in policing have increased the need for training outside of the academy. Ninety-one percent said changes such as increased terrorism challenges, technological advances, and heightened media scrutiny had made in-service training more important than ever.

Some respondents said the evolutions in policing had prompted their agency to change the focus of training. The top new focus areas of training included active shooter, implicit bias, de-escalation, and scenario-based training.

While most training still takes place through lectures and scenario-based training in the classroom, agencies are also branching out in how they distribute training.

Seventy-four percent were using online lectures and presentations. And 65% were using interactive online tools such as simulations and testing. 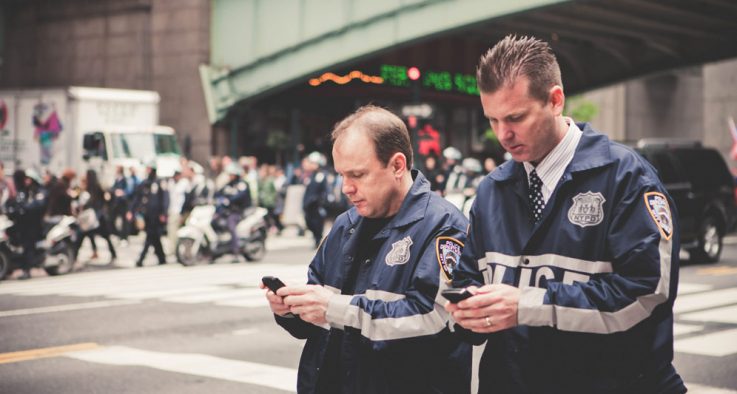 Agencies were also adopting more advanced technology. Almost half of agencies reported using virtual reality (VR) for training, and 36% said they would consider using VR in the future.

In order to equip and prepare our officers to face new challenges while building community trust and confidence in our actions at the same time, we as law enforcement leaders must work to continually improve our training. As new evidence emerges about what works to keep police and community safe, we must develop clear policy and more realistic methods for training to enact policy in the most effective manner possible.

Participate in This Year’s Survey

Many law enforcement agencies look toward other agencies to help inform policy content and determine best practices for creating and delivering policies and training.

The State of Policy in Law Enforcement report helps agencies better understand the role policies and training play in protecting their officers and reputations from harm.

Make sure your agency is included by taking a few minutes to participate in the survey. The survey is anonymous. We value your privacy, so we will not publicly identify participants without permission.

As a thank you for participating, we’ll send you the final report before it’s released to the public this fall.

Don’t miss your chance to contribute to this valuable resource.