Putting a police transgender policy in place to protect the rights of transgender suspects and victims is one way to ensure safe and ethical practices.

LGBTQ issues have become a more and more prominent part of public discussion in recent years.

As a response, many law enforcement agencies have been working diligently to improve LGBTQ-police relations.

Putting a police transgender policy in place to protect the rights of transgender suspects and victims is one way to ensure safe and ethical practices.

Transgender people are those who identify as a different gender than the sex they were assigned at birth.

According to estimates from The Williams Institute, nearly 1.5 million Americans identify as transgender. Unfortunately, police relations with the transgender community have often been strained.

Reports have shown that transgender people are up to four times more likely to suffer police violence than other people. And in a 2017 survey by the National Center for Transgender Equality, more than half of respondents said they were uncomfortable seeking police assistance for fear of harassment.

Keep in mind that the transgender community incorporates individuals from all walks of life. In fact, you may be surprised to discover that there are many transgender police serving in law enforcement.

For this reason, it’s even more important to both understand and respect the gender identities of transgender individuals.

Addressing a broad spectrum of transgender interaction in law enforcement policies is one way to ensure safety for your officers and community.

Of course, officer safety always takes precedence. But keep in mind that respect and courtesy toward transgender individuals can increase the likelihood of safety for all involved. It can also reinforce your role as a professional and, as such, encourage cooperation.

Here are a few places to start in creating a police transgender policy that protects both your officers and your community.

Working with transgender individuals may be new to you, and it may even feel uncomfortable. But working well with the transgender community is an important way to reinforce trust and professionalism with the entire community.

By meeting with transgender individuals and involving them in the policy process, you can gain perspective that encourages this trust.

If your department has experienced a damaging incident related to the transgender community, it’s not too late.

Taking time to build relationships with transgender members of your community is a great place to start. You may even want to consider connecting with local community leaders in the transgender or LGBTQ community.

If there are any transgender police in your department, it could also help to involve them in the policy-development process. 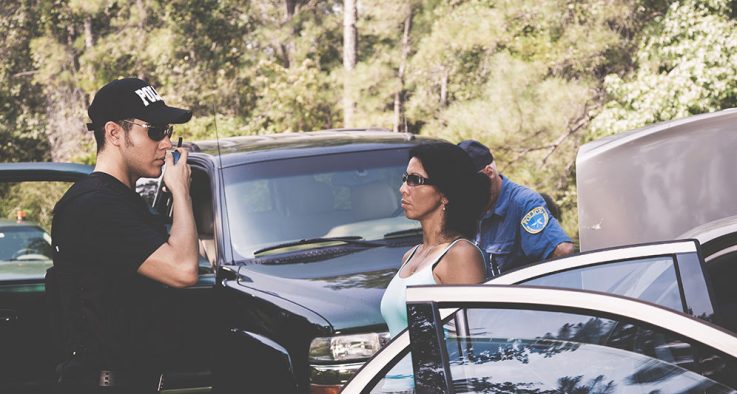 Before you dive into your police transgender policy, it’s important to be clear about language. After all, in order to be courteous, your officers need to understand what’s respectful and what’s not.

Lay out key terms for anyone who may not be as experienced or familiar with the transgender community.

In addition to defining these concepts, you may want to include language that’s inappropriate.

For example, while transgender-identifying people may use the term “trans,” it’s more professional for you to use the entire word “transgender.” You will also want to be clear that it’s important to avoid derogatory language and stick to questions that are relevant to the situation at hand.

Ultimately, the goal is to train your officers to be polite and respectful toward transgender individuals, and always ask how the person would prefer to be addressed.

You will likely find that establishing this respect up front will only benefit your department’s relationship with the transgender community.

As you know, discrimination is not only inappropriate and damaging to your relationship with the transgender community. It is also against the law.

No member of the community should be discriminated against based on gender, sexual orientation, or gender identity. In addition to overt harassment, discrimination can be more subtle. It also includes profiling or treating transgender individuals differently than others.

Make your anti-discrimination stance very clear in your manual, emphasizing a zero-tolerance policy. It’s also important to ensure all your officers receive proper training in the most professional ways to interact with transgender individuals.

Have a Procedure for Searches

It’s also key to include policies and procedures on how to conduct searches with transgender individuals.

Bear in mind that officer safety is always paramount. For this reason, whichever officer responds can and should conduct basic pat-downs and frisks to ensure there’s nothing to cause harm.

However, if the situation requires more invasive searches, you have an opportunity to reinforce your respect for transgender individuals. It may be a good idea to allow the transgender suspect to request the gender of the officer performing the search.

When you don’t know, simply ask the individual their preferred gender pronouns and respond accordingly.

Have a Plan for Arrest and Custody

If a situation with a transgender individual escalates, you will want to have a policy in place for arrest and custody. Be very specific about where you will put arrested suspects and always consider how to protect them and their rights.

You will also need to consider if you will allow these individuals to keep items like wigs or prosthetics while in custody.

As long as these items do not pose a security risk, it may be most appropriate to allow transgender suspects to keep them.

Like every policy, training officers is critical to success. Training can help officers see what correct conduct looks like in action and understand the reasoning for your policies. This makes it much more likely for them to act in line with your policies while in the field.

Transgender law enforcement training is especially valuable in the case where officers may come from a variety of backgrounds and experiences.

If you need help developing transgender training and education for your officers, there are many resources available.

For example, the Department of Justice provides helpful training content. There are also a number of public organizations dedicated to disseminating information on transgender rights, like the National Center for Gender Equality.

It may be worth doing some research to strengthen your transgender policies and training.

Strengthening Your Relationship With the Transgender Community

Whether transgender relations are new to you or your department has long been active in the LGBTQ community, it’s never too late to build a mutually respectful relationship.

Taking time to learn about transgender individuals and how to appropriately engage with them is a great first step.

At the end of the day, it comes down to respect, trust, and professionalism, which every officer, regardless of experience, can and should value and pursue.

When you take the time to be respectful in situations you may be unfamiliar with, you and your community will be a safer place, which benefits everyone.

How to Write Effective Policies

How to Write Effective Policies

If you’re the compliance champion at your organization and need help developing policies, this guide was designed for you.

Get the Free Guide