There has been a shift in police de-escalation policies and procedures, moving towards an approach using calmness and communication regarding use-of-force.

The Chicago Police Department recently published the proposed revisions to its use-of-force policy, posting it online to gather feedback from the public. The policy draft emphasizes “the sanctity of human life.” It requires officers to use de-escalation tactics and only resort to force when absolutely necessary.

As The Wall Street Journal points out, this use of de-escalation language is a significant shift for the department. Its old policy defended an officer’s “use of any force which he reasonably believes necessary.”

Rather than using force arbitrarily, agencies now use new tactics to reduce the chance of violence from both the perpetrator and officer.

The Department of Justice defines “de-escalation” as “the strategic slowing down of an incident in a manner that allows officers more time, distance, space and tactical flexibility during dynamic situations on the street.”

A 2015 press release from the department continues,

“Applying these specific skills increases the potential for resolving the situation with minimized force or no force at all, which reduces the likelihood of injury to the public, increases officer safety and mitigates the immediacy of potential or ongoing threats.

“A reduction in use-of-force incidents also reduces community complaints, promotes the perception of procedural justice and, most importantly, promotes resolution of events with the public’s compliance.”

The Chicago Police Department is just one of the latest law enforcement agencies revising its use-of-force policies and training.

In recent years, incidents of deadly shootings by police dominated headlines. These events prompted police departments around the country to put more emphasis on de-escalation tactics.

Negative press and the reality of lives on the line have appropriately caused law enforcement to reconsider their roles. While violence in the community promotes a stereotype of police officers as “warriors,” agencies now emphasize their role as guardians.

A 2015 article from USA Today pinpoints this contrast. “The new instruction, aimed at tempering police responses to potentially flammable encounters that have transformed some communities into battlefields, ultimately seeks to restore balance to a public safety job that has been increasingly defined as more warrior than guardian.”

Camden County, N.J., Police Chief J. Scott Thomson told The Washington Post that de-escalation training has given his officers more tools to handle tense situations. This change empowers officers to view changes in use of force as action rather than retreat.

“We’ve created a culture in policing where officers believe repositioning is retreating. And that we need to resolve situations as quickly as possible,” Thomson said.

“And sometimes that may be the approach. But if we take a more deliberate approach, particularly when individuals don’t have firearms, we’re finding there are less incidents of use of deadly force.”

While law enforcement agencies disagree about the best methods of use-of-force training, de-escalation is the prevailing trend. 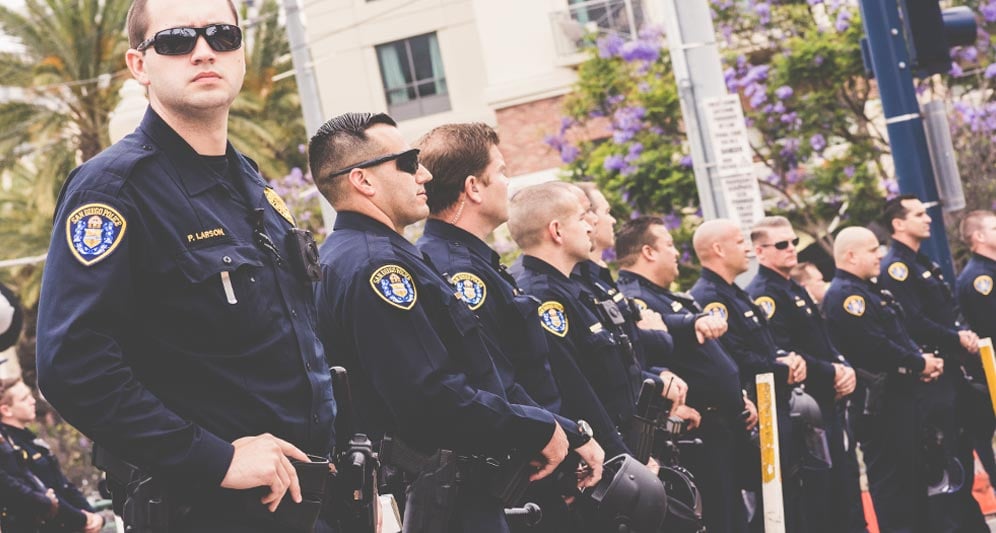 “The business of being able to de-escalate situations … is paramount to what we’re going to do,” Chicago Police Superintendent Eddie Johnson said at a press conference announcing Chicago’s policy changes.

“Can you use force? Yes. Should you use force? Maybe not. There are maybe other alternatives you can utilize so that you don’t have to use deadly force.”

Like most broad-scale change, renewing culture in criminal justice is a collaborative endeavor. Congress has emphasized legislation on reforming police use of force since the fatal police shooting of Michael Brown in 2014.

However, many leaders in law enforcement think change must come from within. In other words, a shift in culture within police departments could reduce unnecessary violence.

Police departments are obviously at the center of their own shifts in training protocol. But with the support and endorsement of local justice departments and city attorney’s offices, agency efforts will only be more fruitful.

For example, in 2015, the Seattle Police Department trained all 1,300 of its sworn officers in de-escalation tactics. But it was not a solo effort. A U.S. District Judge approved the de-escalation training program, and other city departments supported it.

There are also reports and guidelines helping police departments define their policies. In early 2016, the Police Executive Research Forum (PERF) released a report laying out 30 guiding principles on use of force. 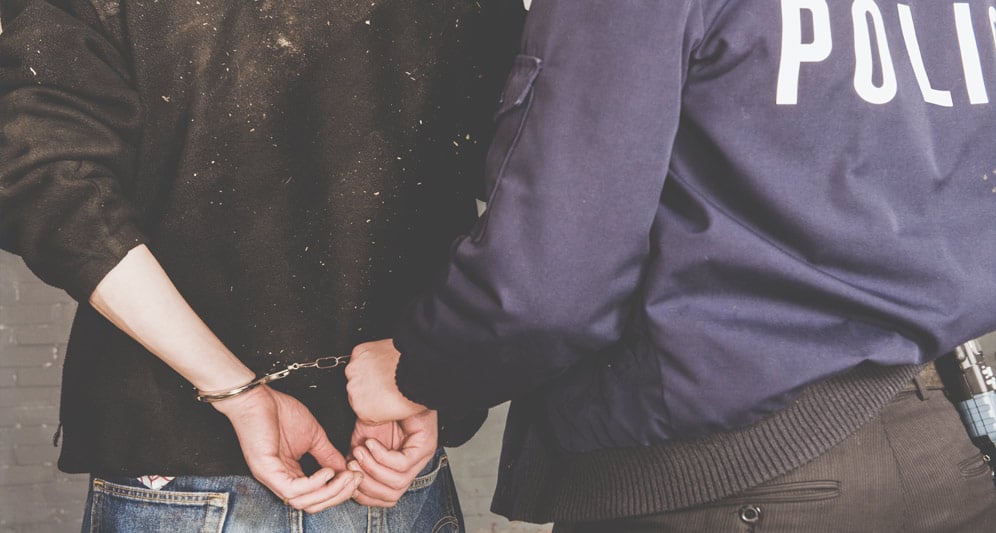 The report stresses that “the sanctity of human life should be at the heart of everything an agency does.” It also urges police departments to make de-escalation a part of formal policies and a “core theme” of training.

Further, the report recommends “discontinuing outdated concepts, such as use-of-force continuums, the so-called “21-foot rule.” It also promotes the idea that police must “draw a line in the sand” and "resolve all situations as quickly as possible.”

Instead, the principles advise officers to use communication, time, distance and calm behavior to defuse tense situations.

“I think we’ve got to emphasize to our cops that their safety is important, but so is the safety of the public and the people that they’re dealing with,” Montgomery County, Maryland Police Chief Tom Manger said in the report. “Our goal should be that everybody goes home safely at the end of the day.”

De-escalation techniques have traditionally been part of police training. However, surveys show the average recruit receives only eight hours of de-escalation training. This training happens alongside with 58 hours of firearms training and 49 hours of defensive tactical training.

According to The Washington Post, of the 990 people killed by police in 2015, roughly 40 percent didn’t have a gun.

“These shootings by and large are not the officer’s fault,” said Chuck Wexler, PERF’s executive director.

“They’re doing what they’re trained to do. We have to change that training. We have to give them more tools to slow things down. It’s a change in culture, a different way of thinking.”

PERF’s training programs and use-of-force guidelines have garnered pushback from some police chiefs. Some argue that de-escalation is not practical or possible. But in many cases, law enforcement commanders say de-escalation tactics can save lives and improve police-community relations.

Between 2009 and 2014, the Dallas Police Department saw a 64 percent decrease in complaints about officers using excessive force. Assaults on officers declined by 30 percent in 2015, and shootings by police declined by 40 percent.

In an interview with The Dallas Morning News, Police Chief David Brown attributed this to the department’s shift toward de-escalation.

The department uses reality-based training to teach officers to slow down, assess each situation and try to build rapport with suspects.

Since Camden police instituted a Guardian Culture Program in July 2015, the department has only had one officer-involved shooting. Also, complaints of officers using excessive force have declined by 42 percent.

According to The New York Times, at the heart of de-escalation efforts is patience. When departments properly train officers to slow down and critically evaluate scenarios, they are more likely to practice restraint. This method opens up space for officers to employ new tactics.

As mentioned, such tactics include engaging in conversation, calling for backup officers, finding cover, or moving away from a dangerous suspect. All of these things require time and distance from suspects, which decrease the chance of open fire when unnecessary.

But no matter how much officers practice patience, they still need to make decisions quickly when lives are on the line. In these cases, use of force may be inevitable. Proper training can indeed protect officers and those in their community, but it, unfortunately, can’t eradicate it altogether.

Journalist Chris Bury agrees, as he stated in a 2016 PBS interview:

“Not even the most advanced training can eliminate lethal force, and police are legally justified to use it in order to save lives–including their own. In fact, a Washington Post study found that “in three-quarters of the fatal shootings, police were under attack or defending someone who was.”

Police violence has taken a toll on departments in recent years, and we may see similar incidents in the future. But de-escalation training may play a major role in changing things for the better. Police departments’ emphasis on de-escalation techniques can only mean positive change for agencies and the communities they serve.