What Is Constitutional Policing?

The last few years have been difficult for police. After several high-profile, controversial cases of police use-of-force, distrust of police has been at an all-time high.

A 2015 Gallup poll found that only 52% of Americans expressed “a great deal” or “quite a lot” of confidence in police. Eighteen percent of people said they felt very little or no confidence in the police, the highest number in years.

While public distrust of police may not always be merited, it brings up important conversations about constitutional policing and police-community relations. Law enforcement agencies and leadership organizations have been re-evaluating police ethics, policies, and practices.

The current climate surrounding law enforcement can be challenging, but it also provides opportunities.

As the Police Executive Research Forum (PERF) pointed out in its report on constitutional policing:

“This challenge has also been an opportunity for law enforcement – an opportunity to both effect positive change within the profession and find new ways to strengthen relationships between police departments and the communities that they serve.”

So what exactly is constitutional policing, and what does it look like for your department?

What Is Constitutional Policing?

But true constitutional policing goes above and beyond the letter of the law.

Constitutional policing promotes a keen awareness of the civil liberties of society. Police forces shouldn’t just be asking what the Constitution allows them to do. They should be actively working to protect the civil rights of the people they are policing.

This impacts everything from use-of-force to interacting with mentally ill suspects. By seeking to protect people’s constitutional rights in every interaction, police can improve community relations and build public trust.

“Policing must be done in a manner that is lawful and constitutional, but also in a way that maintains the consent of the people,” Camden County Police Chief Scott Thomson said in the PERF report.

“We have to ensure that when we deal with crime and other issues that negatively impact people’s lives, we do so in a way that is consistent with the wishes of the people who are most affected by crime.”

Why Constitutional Policing Is Important

The relationship between law enforcement and the communities they serve can be fragile. Officers can’t do their jobs effectively if people don’t trust the police. And people won’t trust the police if they believe that officers care more about public safety than about civil rights.

Establishing and maintaining trust is essential. Constitutional policing is the foundation for that trust.

When law enforcement agencies abide by the Constitution, members of the public are more likely to view police actions as legitimate. The community will know they can trust police officers to act in ways that are respectful, appropriate, and just. This makes them more likely to cooperate with the police. And this, in turn, makes it possible for police departments to achieve goals such as reducing crime. 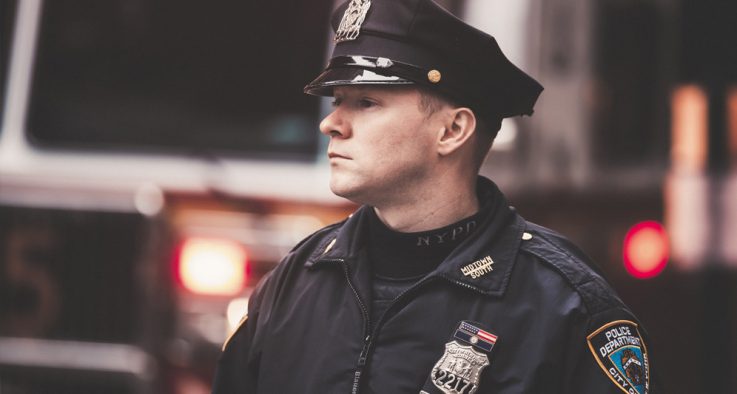 However, it isn’t enough for police to simply meet the minimum requirements of the Constitution.

In the past, police officers could get away with only a cursory knowledge of constitutional law. But such ignorance won’t fly today. Technology has made issues such as the right to privacy increasingly sophisticated. And citizens are more aware of their rights and eager to hold police officers accountable for perceived violations.

Law enforcement agencies must work extra hard to ensure they have policies, practices, and training in place to ensure constitutional policing.

Ways to Promote a Culture of Constitutional Policing

Encourage transparency and relationships with the community.

While police departments can do their best to abide by the Constitution, they may accidentally overlook particular needs or concerns civilians have. The best way to figure out which constitutional issues matter most to the members of a community is to ask them.

Hosting community forums or similar events can allow police to have open and honest conversations with their community. Police should do this proactively, not just after a critical incident.

Regular interactions with the community will allow civilians to voice their concerns about new police policy or technology. This can help rebuild trust and mutual understanding between officers and the civilians they serve.

Through open communication, police departments can show the public that they value everyone’s voice and everyone’s rights.

While the Constitution itself doesn’t change over time, courts are constantly interpreting how it applies to different situations. Law enforcement agencies need to regularly review and update their policies and practices to stay up to date on constitutional policing.

Regularly reviewing practices can help departments determine what strategies are effective. They can take community feedback into account and examine new technologies and practices to make sure they reflect the needs of the community.

Focus on constitutional issues in training.

Constitutional and Community Policing – Two Sides of the Same Coin

Some law enforcement agencies have advocated a return to beat policing, assigning officers to patrol the same areas, so they get familiar with the people in that part of the city. Department commanders in cities such as Baltimore have pushed officers to get out of their cars more often. The hope is that increased officer interaction will improve police-community relations.

In the PERF report, Camden Police Chief Thompson also advocated this approach. “For the community, there is no greater example of us caring about them than genuine human contact and by doing more listening than talking on the city streets,” he said.

If officers have relationships in the community, they will naturally be more courteous and respectful when they have to stop someone.

While there are best practices in certain areas, specific procedures and approaches will differ between departments. Community policing rejects the idea of a one-size-fits-all approach to policing for a more tailored approach. Police in Atlanta won’t do everything the same was as police in San Francisco.

Communities include many diverse groups. These may include youth, minorities, the disabled and mentally handicapped, the LBGTQ community, and more. Each of these segments of the community has different needs and different perceptions of police. 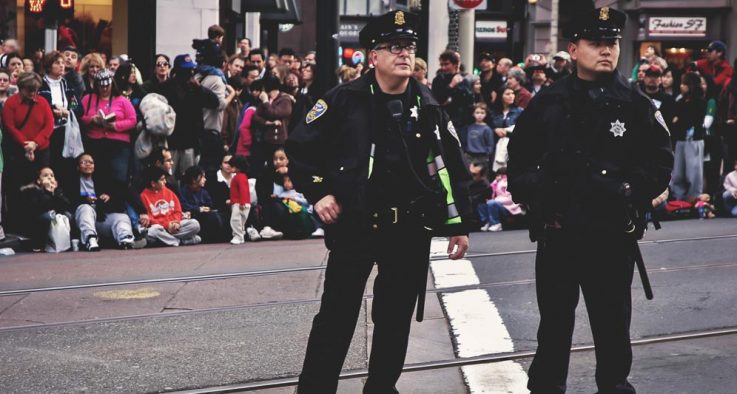 Departments should take this reality into consideration in every step of policing – from creating policy to training, to setting up officer assignments. Law enforcement agencies need to do their best to foster a culture of respect for every member of the community they serve.

Law enforcement agencies need to do their best to foster a culture of respect for every member of the community they serve. This may mean involving community members into the policy and training process.

For example, the Oakland Police Department invites representatives from more than ten diverse groups to teach in their police academy. This means new officers hear directly from people involved in the LGBT community, immigrant rights groups, and more.

Resources to Get Started

Here are a few resources and reports that can help your department implement best practices toward more constitutional policing: