Instead of turning to use of force, police officers will be safer and more effective if they adopt a guardian mindset.

In day-to-day community policing, use of force should be the last resort. Police interactions with the public don’t often turn violent.

The Bureau of Justice Statistics found that police use physical force in about 1.5% of encounters with the public.

But in the last few years, several highly publicized incidents have shown how things can go wrong when an officer resorts to violence as the first reaction to a tense situation.

Constitutional policing involves more than just neutralizing threats and officers returning home safely at the end of each shift.

Use of force may work in the short-term. But in the long-term, trusting relationships between the police and the public keep officers safer and makes law enforcement more effective.

Use of force may work in the short-term. But in the long-term, trusting relationships between the police and the public keep officers safer and makes law enforcement more effective.

What’s the best approach to ensure the safety of both police and the public with whom they work? Safety across the board starts with teaching officers to view themselves as guardians instead of warriors.

The definition of a “warrior” is a “soldier or fighter,” which implies violence. On the other hand, the definition of “guardian” is a “defender, protector, or keeper” – one who advocates for another. 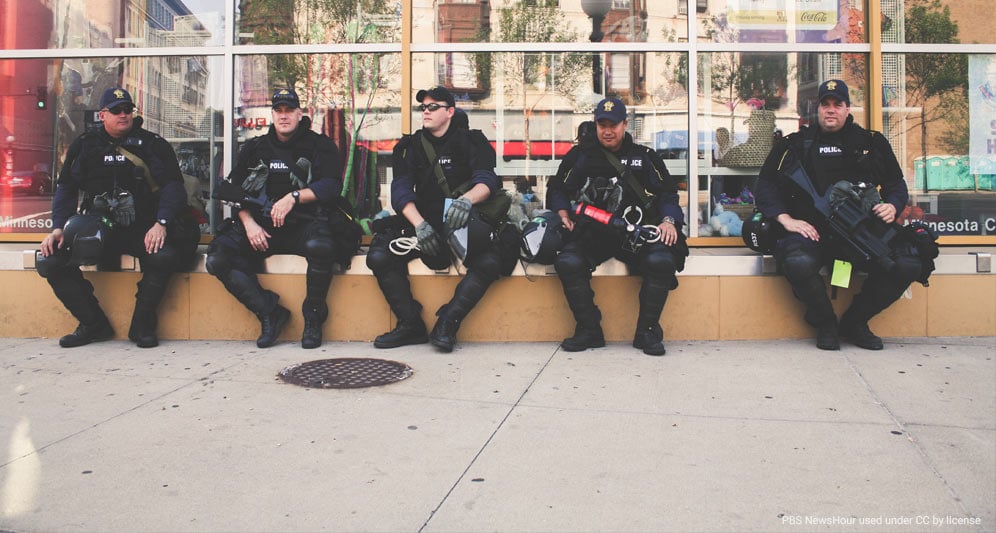 This approach – ultimately, a change in mindset – can help build trust between officers and civilians and prevent unnecessary use of force.

Here are a few ways police departments can teach officers to adopt the guardian mindset:

Encourage officers to build relationships in the community

Even while they are on shift, officers should be having conversations with civilians that don’t involve searches, questioning, arrests, traffic stops, or other law enforcement activities.

Community members are more willing to cooperate with officers they already know and trust. And if officers view themselves as guardians and have built relationships in the community, they will naturally be more respectful and considerate when they have to stop someone.

Beyond just respecting your community, find ways to collaborate toward crime reduction together. After all, members of your community are on the front lines of crime, as they live in the world you seek to protect.

According to President Obama’s Task Force on 21st Century Policing:

A recent study by the Police Executive Research Forum found that law agencies spend an average of 131 hours training recruits on firearms, defensive tactics, and use of force scenarios.

However, recruits only spend around 26 hours learning communication skills, de-escalation, and crisis intervention.

Defensive tactics are certainly essential, but police forces should also train officers in practical ways to defuse conflict without resorting to force.

This should include hands-on, scenario-based training, so officers will feel confident in their ability to de-escalate a potentially dangerous situation.

Avoid militarization when training your officers

If your goal is to promote a guardian mindset, it is best to avoid taking a militant approach when dealing with your recruits.

Rahr explained to the Police Foundation:

“Why were we training police recruits like soldiers? Our missions are completely different. Soldiers conquer. Police protect. Recruits are not unruly 18-year-olds who need to be broken and rebuilt.

“Today’s police recruits are typically men and women in their mid-20s. Ten percent are from an older generation. We have recruits with law degrees, former school teachers, real estate agents, business owners, all looking for a job that matters.

”These are not people who need to be controlled by threats, humiliation and fear. They don’t need the physical punishment of ‘drop and give me 20!’ to correct mistakes.’” 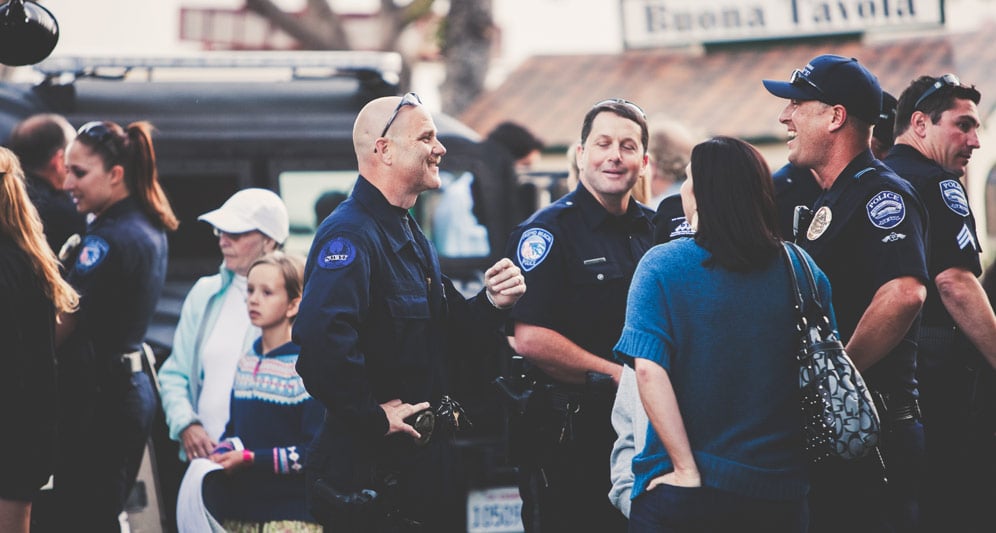 To ensure your officers affirm the value of youth in your community, encourage them in positive, respectful interactions.

“Communities should support a culture and practice of policing that reflects the values of protection and promotion of the dignity of all – especially the most vulnerable, such as children and youth most at risk for crime or violence.

“Law enforcement agencies should avoid using law enforcement tactics that unnecessarily stigmatize youth and marginalize their participation in schools (where law enforcement officers should have limited involvement in discipline) and communities.”

Treat officers with respect and dignity inside your organization

The guardian mindset starts with the philosophy of your law enforcement agency.

As the Task Force on 21st Century Policing points out, “Officers who feel respected by their organizations are more likely to bring this respect into their interactions with the people they serve.”

It is important to remember that the police academy is not boot camp. Rather than using scare tactics and intimidation to keep officers in line, commanders should emphasize respect and teamwork. 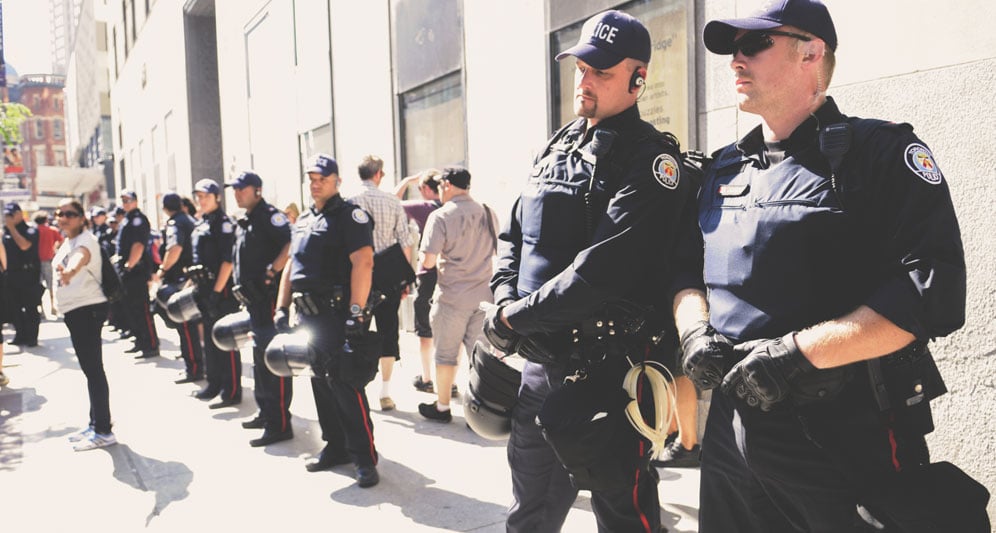 How we talk about something usually reflects how we see it. So when it comes to shifting culture, sometimes language is everything.

If you want to change the mindset of your agency to reflect the guardian mindset, use positive, non-violent language. Rather than focusing on “fighting crime,” which could promote a warrior mindset, use words like “defending the community” or “protecting others.”

It may sound like a small change, but choosing the right jargon could be more effective than you think.

Leverage your reports and data to optimize safety

Accountability via police reports and data can be particularly helpful when you are looking for warning signs of potential escalation.

If police departments can discern early warning signs in the recorded activities of problem officers, according to the Washington Post, they can be retrained or reassigned before they make potentially life-threatening mistakes on the job.

Increase accountability in your department with technology

Though changes in agency culture are effective in the long-term, sometimes technology can support your efforts.

From the use of body-worn cameras to software that distributes, tracks, and manages policy changes, there are a number of ways technology can help reinforce a culture of accountability.

As with any new changes, you will want to engage with officers to ensure the technology makes their jobs more effective and does not get in the way of their work within the community.

If your officers have grown accustomed to a particular approach to policing, some of them may be uncomfortable with change.

Rahr recommends highlighting that “guardian” is not equal to “wimp.”

“[Adopting the guardian mindset] doesn’t mean we are building a new generation of wimpy cops. Our trainees learn the best strategies for defending themselves and when necessary, using force effectively and decisively.

”We reinforce that guardians must possess the skills of warriors and not hesitate to use them when necessary.”

Law enforcement is inherently dangerous, and police officers must be able to respond swiftly to threats. But that response doesn’t necessarily have to involve using force.

Officers will be safer and more effective if they adopt the guardian mindset. This means viewing themselves as law enforcers, but also as peacekeepers.

Remember, both your community and agency are at their safest when you are on the same page.

“In the end, success is best found when they all work together, respectfully, as a cohesive unit, which ultimately is what we all want – a community that exists for each other,” says Rahr.