Understanding the National Consensus Policy on Use of Force

Read this expert analysis of the National Consensus Policy on Use of Force. Here are some of the major takeaways for your agency.

In 2017, a group of reputable law enforcement leadership organizations released their National Consensus Policy on Use of Force.

The policy is the result of a collaboration between 11 agencies, including the International Association of Chiefs of Police (IACP) and the Fraternal Order of Police (FOP).

The collaboration began after a string of high-profile shootings involving police officers. The policy is meant to provide guidance for law enforcement agencies to improve their own use-of-force policies.

It includes a section on de-escalation, keeping with a recent trend in law enforcement policy.

Here are some of the major takeaways from the policy and what it might mean for your law enforcement agency.

First, the policy clearly states its purpose: “to provide law enforcement officers with guidelines for the use of less-lethal and deadly force.”

The policy section provides the guiding principles for the policy. It stresses the need to “value and preserve human life.”

It also instructs officers to use only the amount of force necessary to regain control of an incident. Borrowing phrasing from the 1989 court case Graham v. Connor, the policy clarifies the incident should be judged from the perspective of the officer involved.

“The question is whether the officers’ actions are ‘objectively reasonable’ in light of the facts and circumstances confronting them.”

The policy gives officers license to use force “only when no reasonably effective alternative appears to exist.”

And it limits the level of force to the amount a “reasonably prudent officer” would use in a similar case. It also specifies organizations should review the policy annually.

After laying out the policy overview, the consensus policy then provides definitions for key terms related to use of force. The definitions cover phrases such as “choke hold” to “exigent circumstances.”

The definition of terms provides the reader with a useful reference tool in understanding key language used throughout the policy.

The first section of procedures provides guidelines for every incident involving use of force. It specifies officers should stop using force once the incident is under control.

Officers should not use force against people who are restrained unless it is necessary to prevent bodily harm or keep the person from escaping.

If someone is hurt, officers should provide first aid as soon as possible once the scene is safe.

The policies also encourage accountability. It specifies officers should stop other officers from using excessive force when it is safe to do so.

And it admonishes agencies to document and investigate all use-of-force incidents.

Throughout the National Consensus Policy on Use of Force, the procedures state officers should only use force when absolutely necessary.

Ideally, officers will be able to defuse a situation without resorting to deadly force.

The procedures specify officers should only use the amount of force necessary to bring the situation under control, prevent harm to the officer, suspect, or bystanders.

The scale of force

The procedures outline the steps an officer should take before escalating the use of force:

The procedures say that “whenever possible and appropriate” officers should use de-escalation tactics before resorting to force.

They also specify that officers should give the suspect “time and opportunity to submit to verbal commands” before using force.

But they do provide some exceptions: when a delay would risk safety, escape, crime, or the destruction of evidence.

This section is especially notable because many of the groups involved in creating this consensus policy were among those who pushed back on the Police Executive Research Forum’s “30 Guiding Principles on Use of Force.”

Many of PERF’s suggestions emphasized de-escalation techniques, and some agencies protested that de-escalation is not always practical. 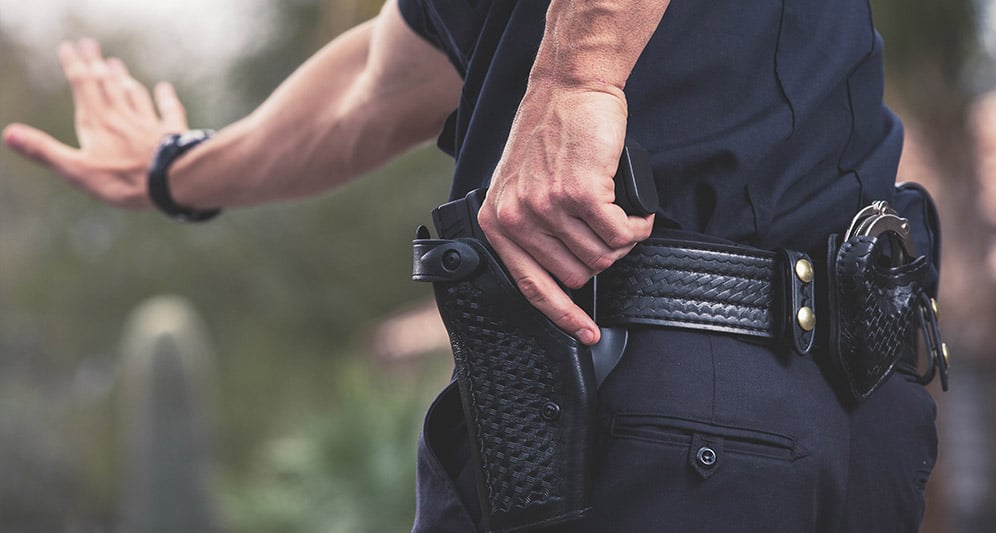 In a joint statement, the IACP and FOP wrote, “We cannot reasonably expect law enforcement officers to walk away from potentially dangerous situations and individuals in the hope that those situations resolve themselves without further harm being done.”

But, former IACP President Terry Cunningham, who originally gathered the 11 agencies for the consensus document, told The Washington Post that the group decided de-escalation should be part of the policy. Ultimately, he said the group agreed “if we have the opportunity to de-escalate, we should.”

If de-escalation techniques don’t work or aren’t appropriate for the situation, the procedures allow for the use of “less-lethal force.”

The policy defines less-lethal force as “Any use of force other than that which is considered deadly force that involves physical effort to control, restrain, or overcome the resistance of another.”

Officers are authorized to use less-lethal force to bring a situation under control, protect themselves or others from harm, or restrain someone who is resisting arrest.

The procedures justify the use of deadly force in two situations:

Along with specifying when deadly force is justified, the procedures also place restrictions on using firearms and deadly force.

The procedures also provide strict guidelines for shooting at or from a moving vehicle. 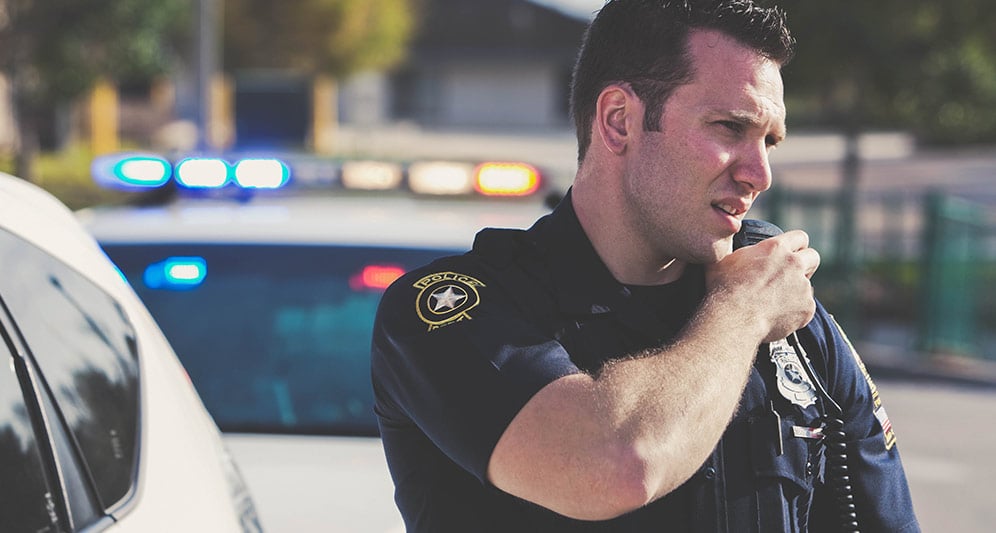 According to the policy, law enforcement should train officers on use of force at least annually.

Training should include de-escalation techniques, simulated shooting situations, and opportunities for officers to practice using less-lethal and deadly force.

What it Means for You

The National Consensus Policy on Use of Force is a great reference point for reviewing your agency’s use of force policies. Agencies can use the model policy as a starting point for crafting their own.

But every agency is different, and agency leaders will need to adapt policies to fit their organization.

As you craft policies that fit the needs of your law enforcement agency, PowerDMS can help you easily collaborate on revisions. PowerDMS provides a one-stop-shop for your policy management needs, allowing you to distribute policy updates to every officer with just the click of a button, then track engagement and collect electronic signatures.

This lets officers spend less time in the classroom and more time receiving the hands-on training they need to effectively handle use of force incidents. Learn more about the 12 law enforcement policies your agency needs today.